An amazing article about the dire medical situation. This one is specific to addiction medicine, which is an important part of medicine today, particularly since California was completely mislead by the very people in this article about why CA doctors need no drug testing. Enjoy the read and when you hit, make sure you are not hitting a loved one! 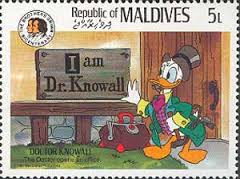 In his 1969 novel The Wild Boys, William S. Burroughs writes “Under pretext of drug control suppressive police states have been set up throughout the Western world…. The police states maintain a democratic façade from behind which they denounce as criminals, perverts and drug addicts anyone who opposes the control machine.”

Unable to convince the medical establishment of this they decided that a better tactic would be to impose it on them.

And through propaganda, misinformation, lobbying, misleading public relations, and myriad other machinations used to promote a static ideology and suppress…

Angela A Stanton, PhD, is a Neuroeconomist focusing on chronic pain--migraine in particular--physiology, electrolyte homeostasis, nutrition, and genetics. She lives in Southern California. Her current research is focused on migraine cause, prevention, and treatment without the use of medicine. As a forever migraineur from childhood, her discovery was helped by experimenting on herself. She found the cause of migraine to be at the ionic level, associated with disruption of the electrolyte homeostasis, resulting from genetic variations of all voltage dependent channels, gates, and pumps (chanelopathy) that modulate electrolyte mineral density and voltage in the brain. In addition, insulin and glucose transporters, and several other variants, such as MTHFR variants of B vitamin methylation process and many others are different in the case of a migraineur from the general population. Migraineurs are glucose sensitive (carbohydrate intolerant) and should avoid eating carbs as much as possible. She is working on her hypothesis that migraine is a metabolic disease. As a result of the success of the first edition of her book and her helping over 5000 migraineurs successfully prevent their migraines world wide, all ages and both genders, and all types of migraines, she published the 2nd (extended) edition of her migraine book "Fighting The Migraine Epidemic: Complete Guide: How To Treat & Prevent Migraines Without Medications". The 2nd edition is the “holy grail” of migraine cause, development, and prevention, incorporating all there is to know. It includes a long section for medical and research professionals. The book is full of academic citations (over 800) to authenticate the statements she makes to make it easy to follow up by those interested and to spark further research interest. It is a "Complete Guide", published on September 29, 2017. Dr. Stanton received her BSc at UCLA in Mathematics, MBA at UCR, MS in Management Science and Engineering at Stanford University, PhD in Economics with dissertation in neuroscience (culminating in Neuroeconomics) at Claremont Graduate University, fMRI certification at Harvard University Medical School at the Martinos Center for Neuroimaging for experimenting with neurotransmitters on human volunteers, certification in LCHF/ketogenic diet from NN (Nutrition Network), certification in physiology (UPEN via Coursea), Nutrition (Harvard Shool of Public Health) and functional medicine studies. Dr. Stanton is an avid sports fan, currently power weight lifting and kickboxing. For relaxation (yeah.. about a half minute each day), she paints and photographs and loves to spend time with her family of husband of 45 years, 2 sons and their wives, and 2 granddaughters. Follow her on Twitter at: @MigraineBook, LinkedIn at https://www.linkedin.com/in/angelaastantonphd/ and facebook at https://www.facebook.com/DrAngelaAStanton/
View all posts by Angela A Stanton, Ph.D. →
This entry was posted in Why Me. Bookmark the permalink.